Are Artichokes An Aphrodisiac?

Home » Are Artichokes An Aphrodisiac? 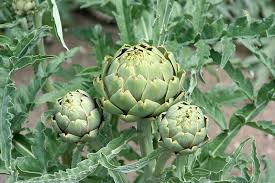 Artichokes are such a curious vegetable. Since look like they are encased in armor, you might even wonder how to eat them. (see below). Tough on the outside and soft on the inside, artichokes are said to play in the game of hard-to-get, but their history as an aphrodisiac is mostly due to folklore.

Greek mythology says Zeus was responsible for the creation of the artichoke. After being rejected by a beautiful young woman, the god turned his object of affection into a thorny and difficult thistle.

In the 16th Century, women were not allowed to eat artichokes.  It would be scandalous because artichokes were considered an aphrodisiac.  They were for men only. It was reserved for men because it was thought to enhance sexual power.  Certainly not something they wanted women to have. They didn’t think women might like a little burst of sexual energy. I am grateful things have changed.

Catherine de Medici, born in 1519 defied the popular convention that told women not to eat this vegetable because of it’s aphrodisiac qualities.  Catherine loved artichokes, ate them openly, and in large quantities. Good for her.

Henry VIII was especially fond of them and consumed generous quantities with enthusiasm because of their aphrodisiac properties.

From the 16th to the20th century the artichoke was grown mostly in France as an exotic vegetable of the aristocracy.  Later when farmers in Italy, Greece and Spain began to grow artichokes in large quantities, the vegetable lost status in France and cultivation began to diminish.

The poet Wolfgang Goethe, in his book, Travels Through Italy shunned the artichoke. saying “the peasants eat thistles,” a practice he could never adopt.

In Castroville, California, the artichoke capital of the USA, the fabulously sexy Marilyn Monroe was named the first Artichoke Queen while on a publicity tour in the Salinas Valley and central California in 1948.

Artichokes may not be an aphrodisiac but they are certainly a healthy vegetable.

How To Eat An Artichoke

If you have never eaten a whole cooked artichoke before it can appear to be a daunting task. What is eaten and what is thrown away?

Begin with a cooked artichoke.  Starting at the base of the artichoke, pull off a leaf.

Dip the bottom of each leaf in a dipping sauce, use your teeth to scrape the flesh from the bottom of the leaf. This is the only part you eat until you get to the heart. Have a bowl or plate on the side for the discarded leaves.

As you progress upward from the base, the leaves become more tender, with larger edible portions until you reach the choke (the undeveloped flower).

When you reach the papery leaves that cover the heart in the middle, pull them off and discard. 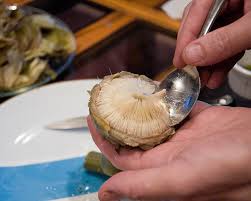 Scrape away the fuzzy choke with a spoon and discard. Cut up the heart.  Dip into the sauce and enjoy. 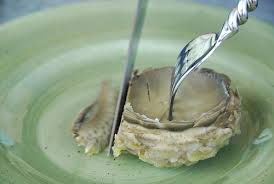 While most people’s favorite part of the artichoke is the heart, it is the leaves that are actually the source of the vast majority of its health benefits.

Artichokes are especially good at helping your liver remove toxins from your body.  The cynarin in the artichoke boosts the production of bile which enables us to digest fats and absorb vitamins from our food,. The bile that your liver produces helps to remove dangerous toxins aiding in weight loss. Artichokes also contain the flavonoid silymarin, which strengthens the cell membranes in your liver’s detox pathways to help you obtain optimal liver function.  A strong liver is crucial for balancing hormones.

Dietary-fiber helps remove waste. It decreases bad or “LDL” cholesterol levels by binding to it in the intestines for removal. Fiber helps cut down colon cancer risks by preventing toxic compounds in the food from being absorbed.

Scientific studies show that cynarin and other compounds in artichokes inhibit cholesterol synthesis in addition to increasing the bile, and therefore help balance the total cholesterol levels in the blood.

They are high in anti-oxidants that fight damage from free radicals to keep us looking and feeling young. In 2004, the United States Department of Agriculture conducted its largest, most comprehensive study analyzing the antioxidant content of the most commonly consumed foods. To the surprise of many, artichokes ranked in the top four vegetables and seventh overall.

Polyphenols such as quercetin and rutin are abundant in artichokes.  These reduce inflammation and cause cause cancer cells to die.

"I must say that I haven't spent this much time in the kitchen since my kids were little, (my daughter is 40!) and I haven't spent this much time shopping - ever, but the food was tasty and satisfying. After the first day of headache and dizziness, I kept thinking I must be doing something wrong because I wasn't hungry. Still I lost about 5 lbs! My food shopping, cooking, and eating habits have changed forever. Thanks so much."