Vegetable Korma is a rainbow of vegetables in a coconut almond sauce with bold, complex flavors from health benefiting spices. I love dishes with lots of spice.  Spicy food doesn’t have to be hot, if that doesn’t appeal to you.   I find the multitude of flavors very satisfying.

This dish gets its bold, complex flavors from an array of spices, many of which contain powerful health benefits.

Here I use cauliflower, potatoes, tomatoes and green peas because I wanted something simple. You can change up the vegetables if you like.  String beans, sweet potatoes, mushrooms and zucchini would be good.  If you’re vegan use all coconut oil instead of the butter or ghee.  If you’re paleo switch to sweet potatoes. The healing spices are ginger, turmeric, cumin, fennel and cinnamon.

Ginger is called the universal spice.  It helps food pass quickly through your GI tract improving digestion and relieving indigestion. Scientific studies show that it supports healthy microbes and a healthy intestinal wall.

Turmeric contains a strong anti-inflammatory compound called curcumin.  It fights all kinds of inflammation including arthritis.  It can be used to treat a variety of digestive problems including digestive tract inflammation and reduces gas and bloating.

Cumin seeds support the pancreas and help digest protein. It helps eliminate toxins and congestion from body (and mind).

Cinnamon has the ability to lower blood sugar or reduce the rise in blood sugar.  Ceylon cinnamon is the best type of cinnamon.

Vegetable Korma can be served with rice but I like it just by itself. This vegetable dish is very satisfying with lots of flavor and protein from the almonds and peas. The recipe makes 4 large portions and holds up well in the refrigerator.  It’s great reheated the next day. A vegetable dish with bold, complex flavors from an array of spices, many of which contain powerful health benefits. 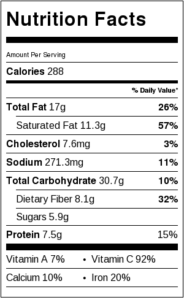 "Before working with Ingrid I was sluggish, without energy and life force, my clothes didn’t fit comfortably and I was very depressed. After 4 sessions, I lost 8-10 pounds, had more energy and felt better than I had in a long time. When I look back at the moment I made the decision to do this for myself, I feel as though it was a decision that changed the quality of my life. I highly recommend this program."