Heading Down to Southern India 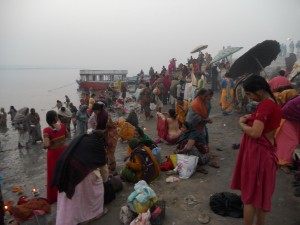 After we left Agra we headed toward Varanasi. Varanasi is one of Hinduism’s seven holy cities.  Pilgrims come to the ghats lining the River Ganges here to wash away of life time of sins in  the sacred waters or to cremate their loved ones.  You could actually see the bodies burning. OMG.  Above are some of the ladies at dawn cleansing themselves in the River Ganges. 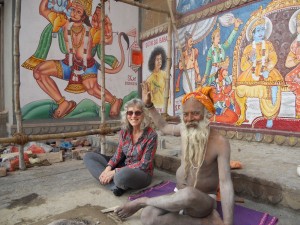 There are many Sadhus  in Varanasi since it is such a holy place.  Here I am hanging out with one amazing Sadhu. 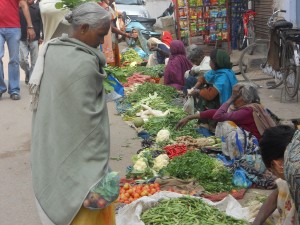 Here is a local market with the ladies selling their vegetables. 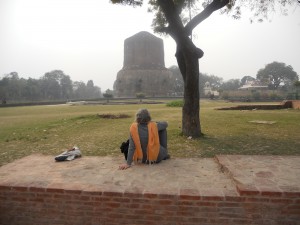 This is me in Sarnath where Buddha came to preach his message of the middle way to nirvana after he achieved enlightenment at Bodhgaya and gave his famous first sermon here. It was magical and very peaceful. 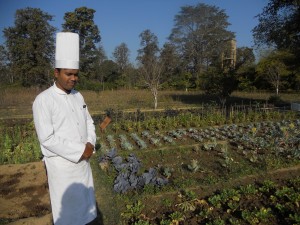 The resort in Kanha National Forest was very ecologically oriented, as is much of India now. I am really glad to see the changes beginning.  Here is the chef in his garden which was all organic.  He also grew many herbs including stevia. 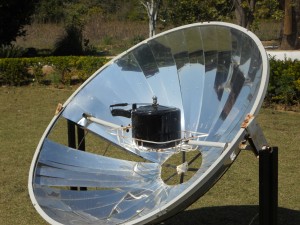 They use solar power for some of the cooking.  Beans are cooking in this pressure cooker using solar power.  I love that. 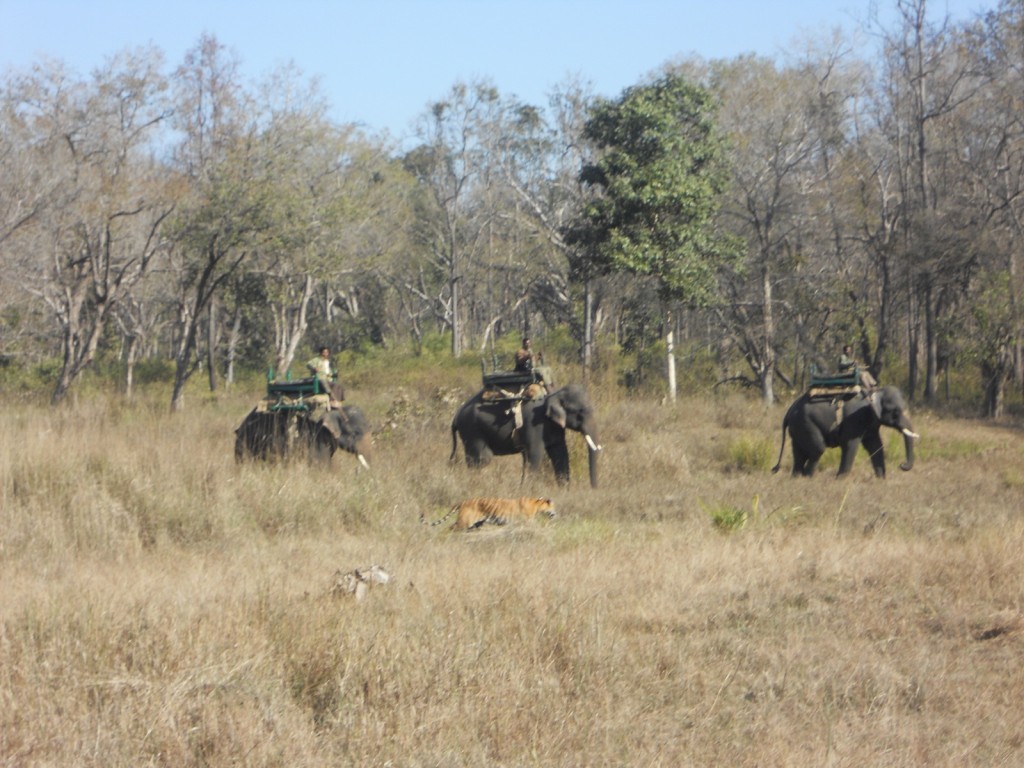 We were so lucky to see a tiger when we were out in the forest.  She is beautiful.  The tigers are protected by the government, thank goodness. 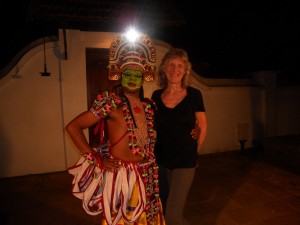 This was a performance of traditional Keralan dance.  He depicted  a family and the Hindu monkey god Hanuman with singing, dancing with drumming.  He could move his face in so many directions I could hardly believe it.

Ingrid, I have been doing great with this cleansing. Yesterday I visited my rheumatologist and he looked at my hands and said, "Whose hands are these?" All the swelling was gone and the redness from my knuckles too. He was very impressed with the results in just a matter of days. It was the first time in a year that I felt encouraged about my health. So I will definitely try to continue with the clean eating as much as I can. I have gone completely organic and that has made a big difference also. Yeah! And oh yes, I have shed 6 lbs to boot! Thank you so much for this opportunity to work with you.